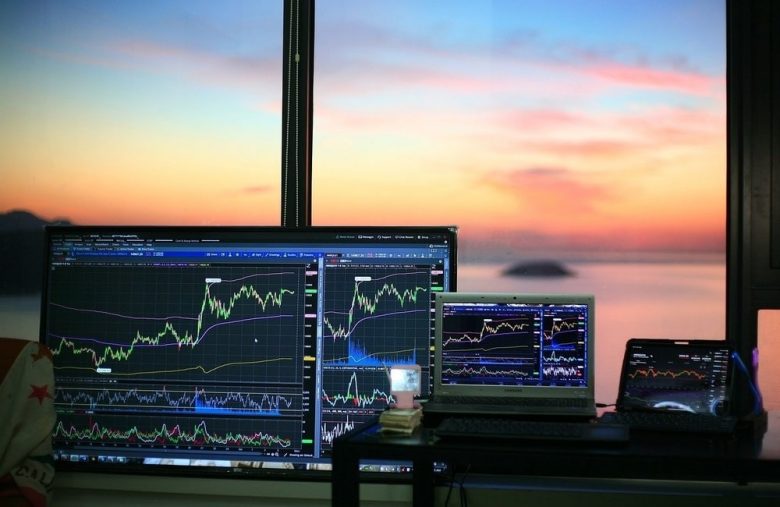 Following a splendid week that saw the top 100s swing significantly, buyers are looking forward to another big move in the next seven days. Most cryptocurrencies ended the past seven days with gains indicating that the bulls dominated the week.

We also observed a steady increase in the Fear and Greed Index as the metric reflected little hope in the market following weeks of extreme fear. Although the index did not tilt to the greedy region, it peaked at 45.

The crypto industry was valued at $2.2 trillion at the start of the week. It surged as high as $2.4 trillion and saw a low of $.1 trillion during that time. Top performing coins over the last seven days include Near, gaining more than 70% and FTM with a 60% increase. Considering the bullish nature of the market last week, the top loser lost almost 5%. 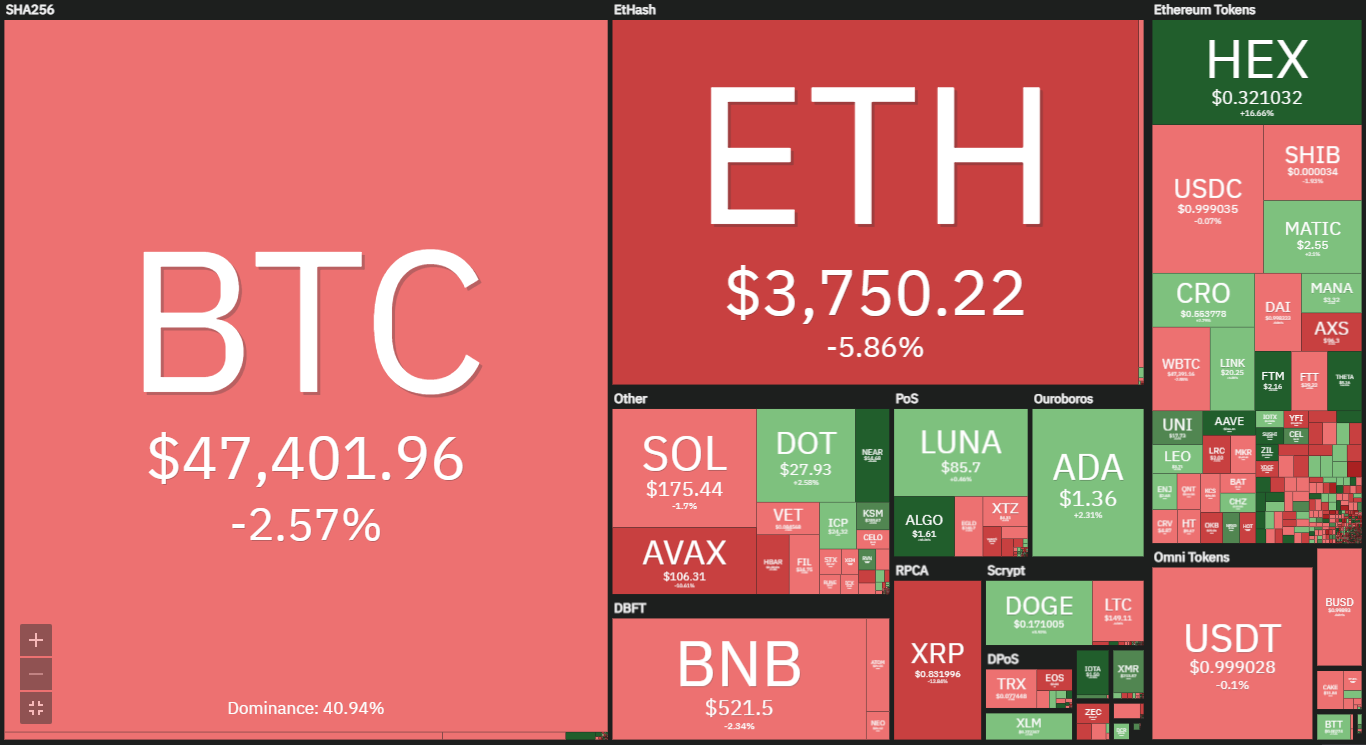 With a slow start to the current week, will we see a repeat of the price movement that has transpired over the last seven days? Here are the top cryptocurrencies to watch this week.

The intraday activities began with the top coin trading at $46,926 and surged as high as $49,353. The coin saw a low of $46,667 during the period and closed the intraday session 4.27% higher than it opened. BTC continued its price hikes and resulted in the gains it recorded.

The past seven days ended with the bulls becoming more fearful as we note that the 50-day MA and 200-day MA are gradually closing the gap between them and we may see a death cross soon.

Unfortunately, the top coin is not seeing the same bullish sentiment it experienced last week. The coin is currently down by 3.21%. It opened the preceding intraday session at $50,885 and is currently trading at $49,181.

The Moving Average Convergence Divergence (MACD) hints at bearish actions during the current intraweek activity. the faster line is moving closer to the slower line and once it is intercepted, the largest digital asset may be hit with a series of corrections.

Crypto’s largest asset may close in the next six days trading below $48k if the current market situation does not improve. Nonetheless, the buyers may rally the market and cause Bitcoin to surge above $51,000.

The sixth coin by market cap is up by some percentage. The coin is going through a cooldown as it rose to an intraweek high of $1.59 but is currently trading at $1.49 per token. Cardano has been experiencing a spillover from the past seven days of sentiment.

ADA opened the previous week at $1.24 and closed at $1.45. The gap between the starting price and the level it ended the intraweek activities indicates a more than 17% hike. The ADA/USD pair saw a gradual progression in its uptrend as it accumulated almost 15% in the first three days of the period under consideration.

Yesterday, the sixth largest cryptocurrency increased by 4% – a solid start to the week. Unfortunately, the bulls were unable to sustain the early lead and the coin has retraced to $1.49. The indicators are silent as to the price actions. However, we observed that the previous uptrends after a more than five-week long correction last longer than the current period. We may conclude that ADA will resume its uptrend.

Polkadot made a return to the top 10 and was the top gainer in the category as it gained more than 26% last week. The project kicked off at $24 and closed at $31 as it saw a high of $31.7. The digital asset was no doubt very bullish during that time as five of the past seven days were represented by green candles.

After seeing such an increase, many will expect a continuation of the uptrend. Unfortunately, the tenth coin by market cap failed to surge and continued the trends. It is currently down by 7%.  DOT hit a “wall” as the $33 resistance proved to be the strongest so far after $30. The current price shows that some traders are taking profit as the coin under consideration is trading at $29 following a correction at $33.

Polkadot may continue to fall back on the $28 support until it flips $33. Massive seller congestion may result in the coin falling back to $26. The DOT/USD pair has the potential to surpass $35 this week as the bull may continue to push the coin.

Closing the past week at a 24% increase and starting a new one almost the same way it did the previous, UNI may be off to a good start. Uniswap peaked at $18.8 and saw a low of $13.9. Price action over the last seven days suggests that we should expect another volatility-filled week.

The UNI/USD pair has stayed off the $13 mark since ascension seven days ago. We may expect the continuation of this trend in the next seven days. The pair will aim to test the $19 resistance and may succeed provided we see a repeat of last week’s actions.

A reverse of the prevalent price pattern may result in the coin dipping as low as $15. A flipping of the $15support may result in Uniswap retesting $14 before rebound.

Near protocol gained 80% last week as it saw a low of $8.1 and a high of $16.3. Following a more than 14% deficit during the last two weeks ago, the token has been on the rise come days into the past seven days. Unfortunately, the same cannot be said now.

We observed that the coin is trading at a loss of up to 17% as of the time of writing. Considering the state of the crypto market, it is hard to predict how NEAR will perform in the next six days.

The situation of the project is however alarming as it has not seen this level of correction in a long time. Adding to that worry is that MACD is about to see a bearish interception. There is no established support until $12 and the coin may flip based on the selling pressure.