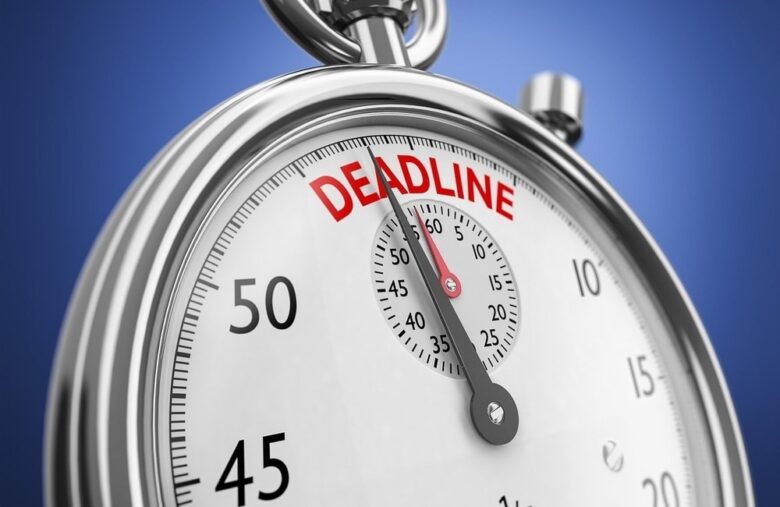 The current bearish state of the crypto market is entering a different phase as we note a little more resistance from the bulls. However, the market has remained on a downtrend since the start of the month, having lost 5% weekly on an average. But there is hope.

Unlike the other bearish weeks, the market lost only 3.4% of value, signifying strong consolidation. The market opened at $2.23  trillion and peaked at $2.30 trillion and was hit with retracements that saw it dip as low $2 trillion but closed at $2.19 trillion. This would suggest that there were minimal losses across the market, even though the majority of the coins in the top 100 remain significantly down.

The top gainer throughout the period was Yearn.Finance ($YFI) as it went up by more than 60%.

Market fundamentals have been fairly flat with little to no long term effect on the prices of the of various cryptocurrencies. However, one of the biggest stories this week is that Tesla will start accepting DOGE as payment for its services. Dogecoin surged by more than 20% after announcement but failed to continue the trend.

Following the unavailability of strong fundamentals, the Fear and Greed index is also seeing a lot of stability below 30. We observed that the industry is unable to recover from bearish induced fear and as result,  the index is consistently shifting between 21 and 29 throughout the past seven days. 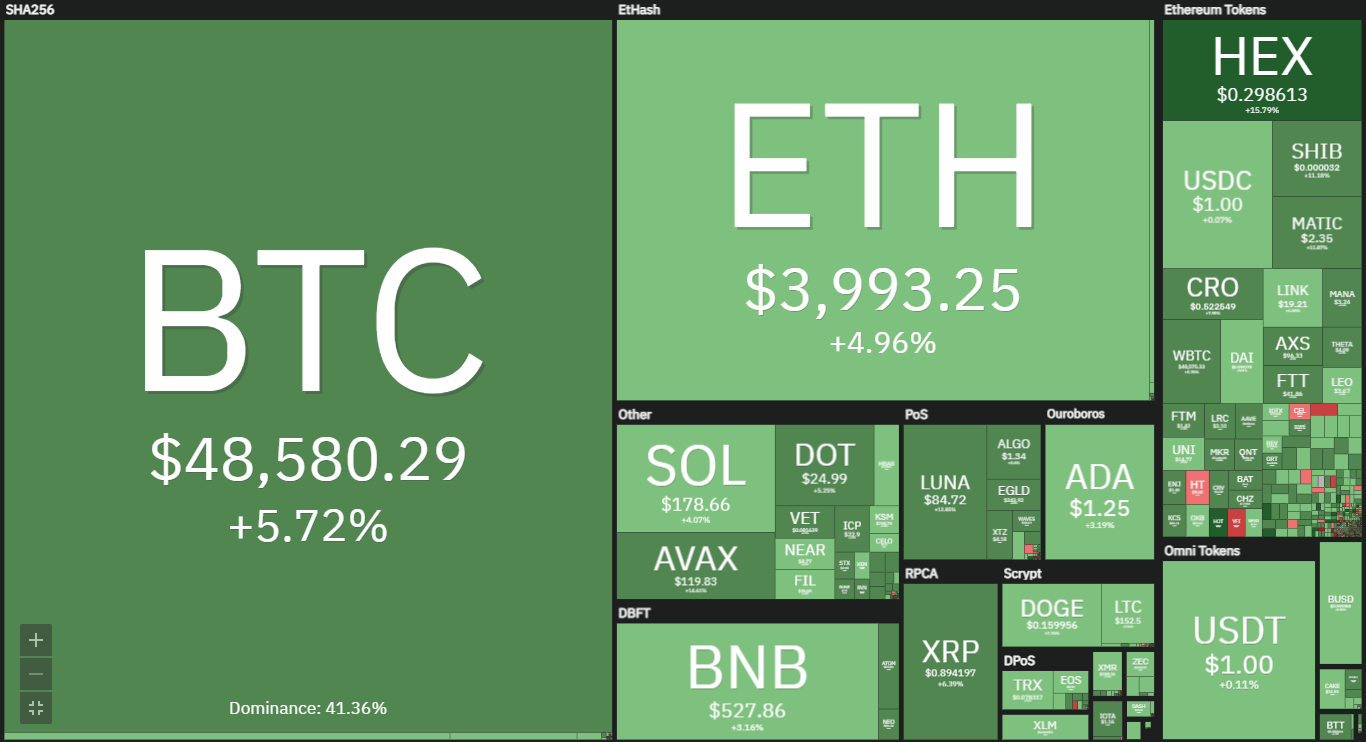 The market as of this time is better than the previous trading session as almost every cryptocurrency is significantly up. The effect of these hikes is seen in the image above. With a good start to the week, the question on everyone’s lips is: Will the bulls will sustain their lead?

Bitcoin closed last week with deficits exceeding 6%. The coin started the period under consideration at $50,102 and surged to an intraweek high of $50,226 but hit resistance at this mark and came crashing down to $45,750. The next two days saw more price increases as the apex coin gained almost 5% as the bulls tried recovering from the previous loss.

Efforts to recover the loss ended in futility as the largest cryptocurrency digital was hit with more sellers’ congestion on Thursday and Friday as it lost 5% in total. The digital asset saw very few hikes after the price drop and went on to close at $46,704.

Several indicators still indicate that BTC is kneeling deep into bearish dominance. One such is the Pivot Point Standard (PPS). The apex coin is still trading below its Pivot Point and has failed to surge past its first pivot support in the past seven days. it still holds the second pivot support and did not test it during the time under consideration.

Bitcoin’s failure to pick up momentum has resulted in fresh concerns of another death cross. The fear becomes more imminent as the 50-day MA is slowly edging closer to the 200-day MA – hinting at an interception. Traders were thrilled to see the Moving Average Convergence Divergence (MACD) indicate a bullish cross.

The excitement is gradually fading as both MACD lines have converged and the crossing is yet to take place. The fast and the slow lines are closer than many would expect and have not separated as seen in the chart above. Amidst all the outlined bearish conditions, is there any ray of hope?

Paying close attention to the chart above, we noticed that although the much anticipated bullish cross is long overdue, there is a gradual decrease in trading volume. This is playing to the advantage of the buyers as their purchase is reflecting on the chart and will trigger more bullish actions.

A previous market outlook named LUNA as one of the coins to watch in December after it became the tenth largest coin by market cap. LUNA rose as high as $85, leading to predictions that the digital asset could end the year above $90. However, Terra has failed to sustain the uptrend and dipped as low as $65 per unit.

The projection is back on course as the ninth coin by market cap surged to $81 last week after seeing a low of $55. The project opened trading at $61 and closed the past seven days at $78 per unit – resulting in gains of more than 25%.

We saw LUNA retest the second pivot resistance at $78 during the past trading session. The asset under consideration is currently trading at $85 per unit which indicates that the $90 resistance may break as the buyers are defending this mark and preventing further slip.

We also observed that the ninth largest coin by market cap was mostly bullish throughout the last seven days. The same script has played out before and the effect is seen in the chart above. it is easy to conclude that terra may range this week based on recent price movements.

Avalanche ended the past week in profit and is one of the top gainers in the top 100s. The project opened the period under consideration at $88 and closed at $107, adding up to 22% increase. AVAX current feat has earned it a place in the top 10 as it flipped DOT to claim the 10th spot.

The coin saw a low of $75 and high of $117 over the past seven days – showing strong volatility. Long traders have been adding to their positions in the coin and these efforts are yielding the desired results as the tenth largest coin kicked off the current week on a positive note.

AVAX gained more 5% in the last 24 hours and looks to be off to a good start as it is currently at its highest in the past fourteen days. The asset under consideration is one of the many cryptocurrecies to watch this week as the most recent prices suggest more hikes ahead and hints at the coin hitting $130 this week.

The PPS also agrees with the above statement as the AVAX/USD pair is trading above its pivot point at $110 per unit. With the PP down, the pair will attempt to flip the first pivot resistance but will face strong resistance $130 which may flip provided market conditions remain the same.

Hedera opened the previous intraweek session at $0.25 and closed at $0.32 adding up to a 26% increase at the end. The coin was quick to recover from the more than 5% drop it suffered eight days ago and experienced a number of hikes throughout the week.

The buyers rallied the market and retested the first pivot support at $0.26 and have sustained prices above the mark after ascension. Instinctively, many would expect HBAR to test its pivot point after flipping critical support. However, this is not the case as crypto is off to a bad start.

Nonetheless, Hedera appears to be a cryptocurrency to watch this week as it seems we are about to see a repeat of what played out during the previous intraweek session. The coin ended last week Monday negatively before making a swift recovery Tuesday. Following the same pattern as previously highlighted, the HBAR/USD pair may end the next seven days above $0.4.

Arweave opened the previous intraweek session at $41 and closed at $59 amounting to a 41% increase at the end. The coin was quick to recover from the more than 18% drop it suffered at the start of the previous week and experienced a number of hikes till the end.

The AR/USD pair no doubt saw a lot of volatility as it retraced to as low as $34 and surged to a high of $61. The buyers rallied the market and retested the first pivot support at $42 and have sustained prices above the mark after ascension. As with HBAR, the pair was expected to test its pivot point after flipping the critical support.

However, this is not the case as the crypto is off to a bad start – losing more than 8% since over the past 24 hours. The coin ended last week Monday negatively but recovered on Tuesday. Unfortunately, the coin is still in the downtrend as of the time of writing.

Why is AR on the list of coins to watch this week? Widening the scope of the chart, we observed that the digital asset under consideration have enjoyed two consecutive weeks of profit before a negative one. The previous intraweek session was the first positive following a downtrend. Going by this pattern we may anticipate a recovery soon.