Top Four Cryptocurrencies To Watch Outside The Top 100 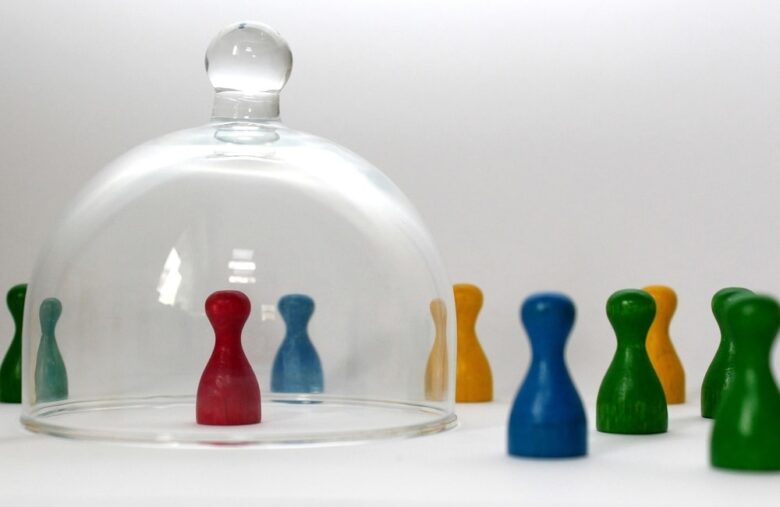 There are many cryptocurrencies to watch outside the top 100 coins. However, because the cryptocurrency market is highly volatile, only a few coins receive the most attention while others that are not highly ranked struggle to get noticed.

The reason why coins struggle to get to the forefront of the crypto market is not farfetched. As of the time of writing, the last coin in the top 100 according to the Cryptocurrencies to watch index has a market cap of $1.12 billion.

With that large requirement, it is no surprise that we see a constant reshuffle of the top 100s. There is especially a shuffle within the 90th to 100th spot, and this trend is not stopping any time soon. With this in mind, we’ll take a look at the best cryptocurrencies to watch outside the top 100.

Best Cryptocurrencies Outside the Top 100

The blockchain is said to have a lot of utilities apart from using it to store information and keep track of records . Basic Attention Token (BAT) powers a new blockchain-based digital advertising platform that rewards users for their attention, while providing advertisers with a better return on their ad spending.

The project is currently ranked first in line to succeed in any exit from the top 100 and has earned its position as one cryptocurrency to watch. The 101st coin by market was created by two highly distinguished individuals in the internet browsing software industry, Branden Eich and Brian Bondy. To achieve the aims of the token, Brave software birthed Brave browser which has been in existence since 2016.

BAT’s utility has made it one of the fiercest competitors for a spot with top crypto, and the token has often found itself between the top 100 and the 20th spot. At the time of writing, only a $2 million gap stands between it and the 100th coin by market.

The chart above shows the BAT/USD pair about to break above the Keltner Channel. If the pair breakout, a return to the top 100 is almost guaranteed. MACD volume also points to a slight increase in the trading volume of the asset. The Stochastic Oscillator is hinting that the token may close the day within $0.75 and $0.8 – ensuring an exit from the keltner channel.

Both Ariel Meilich and Esteban Ordano created MANA in 2017. Decentraland (MANA) was created with the aim of  becoming a virtual reality platform powered by the Ethereum blockchain that allows users to create, experience, and monetize content and applications.

The project is said to be built for content creators, businesses and individuals that are looking for a new artistic medium, business opportunity, or source of entertainment. MANA seems to have achieved its aims as there are 90,601 individual parcels of LAND, each of which is represented by an ERC-721 non-fungible token. Each LAND is exactly 16m x 16m (256 square meters) and can be found at a particular coordinate in the Metaverse.

We noticed that MANA is trying to pick up momentum as a trend indicator, MACD shows. The chart above also shows the coin maintaining the 60-80 region on the Stochastic Oscillator. Decentraland is also fixed at the center of the keltner channel. All the indicators are pointing to a little stability below $0.9 with a slight retracement before a final breakout to the top. We may see the project in the top 100 as it may return to $1 per unit.

CELR is one of the projects in the Polkadot ecosystem. The coin was a product of four minds – Dr. Mo Dong, Dr. Junda Liu, Dr. Xiaozhou Li  and Dr. Qingkai Liang and was created in 2018. To realize its target of offering fast and simple transactions, the project runs on both existing and future blockchains.

Celer Network has in recent times entered the list of crypto big boys but slipped down the ranks. It currently has a market cap of $860 million. A return to the top 100 is only sealed when the 119th coin by market cap experiences a more than 30% increase.

An increase of the said magnitude looks very likely, as the coin has already spiked by 21% in the last 24 hours. The intraday increase has resulted in a near breakout above out of the keltner channel. A possible breakout is ensuring a more than 50% hike in price as MACD is yet to converge.

Similar to what Decentraland does, GALA aims to take the gaming industry in a different direction by giving players back control over their games. Gala Games claims that their mission is to make “blockchain games you’ll actually want to play.”

The project wants to change the fact that players can spend so much money, and countless hours spent playing the game, which could be taken away from them with the click of a button. It plans to reintroduce creative thinking into games by giving players control of the games and in-game assets with the help of blockchain technology.

It also offers its NFT that could be sold. Since its creation in 2019 by Eric Schiermeyer and Zynger, the project has 1.3 million monthly active users, and 26,000 NFTs have been sold, with the most expensive piece valued at $3 million.

Based on the recent introduction to the market, most long term indicators are yet to present information on the coin. Nonetheless, the charts above show GALA enjoying a little surge after three days of retracement. The 124th coin by market cap has had a robust market in the last 30 days as it saw a 300% increase.

GALA will have to experience a 80% hike to gain entry to the top 100. It may take a while but the project is one of the many cryptocurrencies to watch as it has an ever increasing community. This may be the needed catalyst for the 80% surge.