Top Five Cryptocurrencies to Watch This Week (May 9) 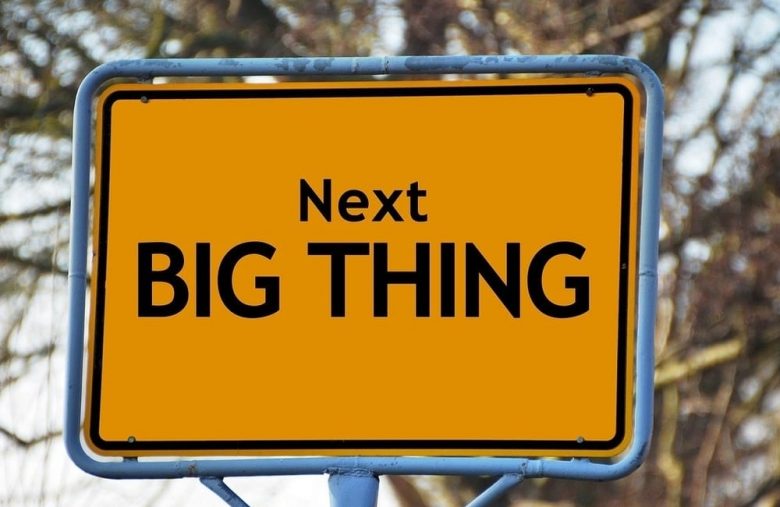 Most cryptocurrencies experienced rigorous selloffs over the last seven days. The global cryptocurrency market cap has dipped to levels not seen in months. The sector valuation retraced as low as $1.45 trillion.

This is the first time since the fifth month of 2021 that we are seeing the industry worth lower than $1.5 trillion. The decrease in the value of the industry was due to the consistent drop in the prices of most cryptocurrencies.

The effect of the dip cannot be overemphasized as most traders were REKT as a result of the constant correction. The image below further expresses what transpired last week. 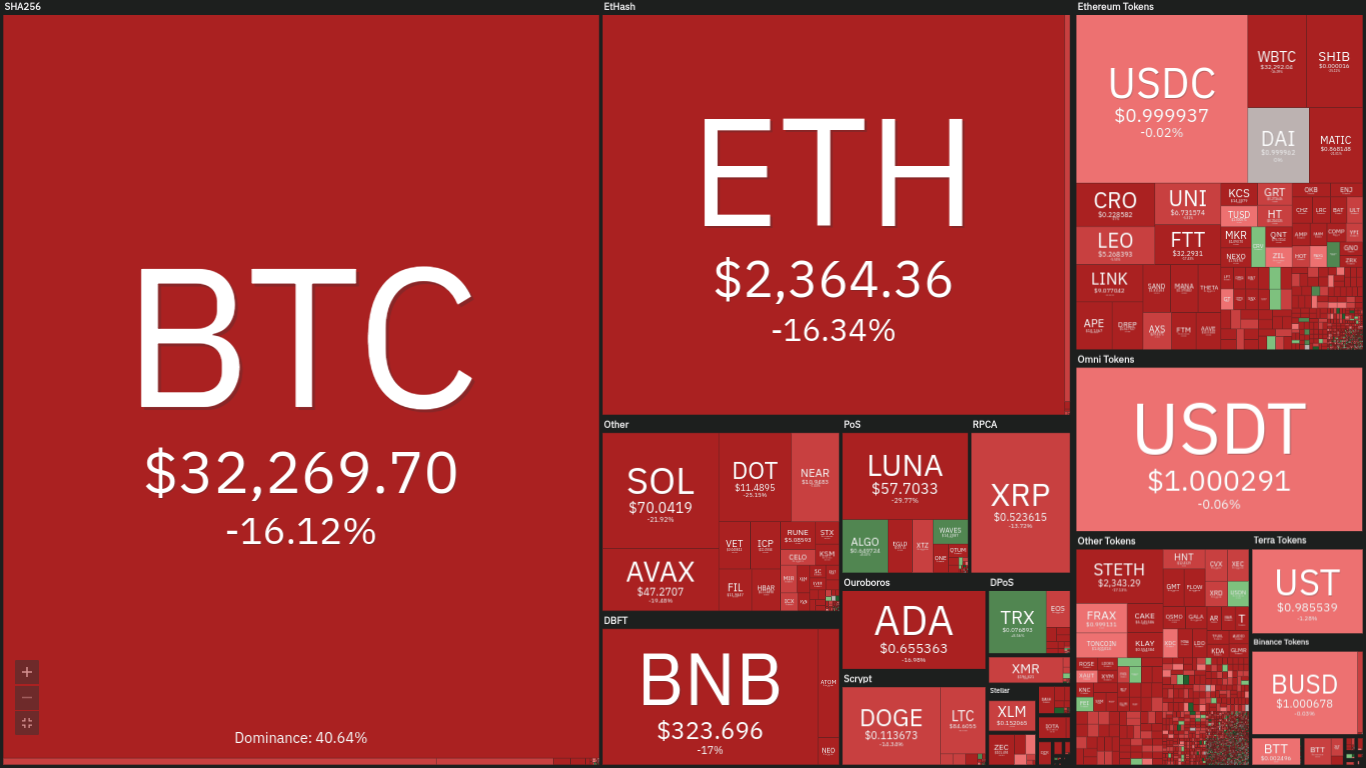 As the bearish grip pummels the industry, bitcoin’s market dominance is gradually decreasing. Additionally, we observed that almost every cryptocurrency in the sector is down by notable margins over the last seven days.

During the period under consideration, the top losers include GMT and APE as they both lost more than 30%. The top gainer was Tron, as it gained more than 15%. 1inch closes in with a 12% increase.

Unfortunately, market conditions have gotten worse. As with the global cryptocurrency market cap, most projects have noticed significant decreases in price. For example, LUNA lost more than 50% during the previous intraday session.

The reason for the drop is not far-fetched has we observed that the project was experiencing devaluation on it stablecoin. In a bid to cushion the effect, Luna Foundation Guard sold off $2.2 billion worth of bitcoin.

With the recent state of the market, many are hopeful that the drop in the worth of most cryptocurrencies will spark the return of the bulls. Will that start this week? Here are the top five cryptocurrencies to watch this week

Top Cryptocurrencies to Watch This Week

A closer look at Bitcoin on the weekly chart reveals that the top coin has failed to close a seven-day period in profit. This has been going on for more than five weeks and is ongoing. The current intraweek session is also on this path.

Last week was one that many would love to forget as it has been the hardest since the downtrend started. It kicked off weak as we observed very little trading volume on the first day. Seeing a high of $39,153 and a low of $38,045, we may conclude that there was very little movement in terms of price.

Additionally, the day ended with no gains or losses. Tuesday was almost a repeat of the the previous session as there was almost an equal amount of trading volume. However, the bears seized control of the market and made the top coin lose a few percent.

Wednesday was different as the bulls took control of the market. BTC tested the $40k resistance for the first time in almost six days. Opening at $37,735, peaking at $40k and closing at $39,695, the coin gained more than 5%.

Retracement returned to the market the next day Thursday as bitcoin lost all of its accumulated gains. The asset retraced from $39k to $36,533, losing almost 8% in the process. The next two days were met by minimal trading activity.

On the part of the indicators, there were no notable improvements as the bearish dominance tightened. The Relative Strength Index (RSI) was at 31, which indicated that further downtrends could result in the coin being oversold.

Becoming oversold yesterday. This may spell goodwill for the coin, as the RSI rules suggest that BTC will see more price increases. Bitcoin will look to retest the $34,000 resistance within the six days. However, if the bearish dominance continues, a flip of the $30k support may take place.

Seeing the same sentiment as BTC, Ethereum kicked off the week slow as it saw little trading volume on the first day. Being represented by a doji, it saw a high of $2,883 and retraced to a low of $2,776.

The same amount of trading activity was seen on Tuesday as the largest alt saw a high of $2,861 and dipped to a low $2,753. Additionally, we observed that the bears edged in the struggle for dominance as the coin closed the session with an almost 3% loss.

The next day was a change of scenery as the bulls took over the market. The second largest cryptocurrency by market cap opened at $2,780 and peaked at $2,969. It closed at $2,939 and gained more than 5%.

Like most cryptocurrencies, the fourth intraday session was marked by retracements. Losing 6.55% on Thursday, ETH lost all hopes of retesting $3k as it closed at $2,747. The next two days saw minimal trading volume, but saw the coin lose more than 4%.

The week closed on a bearish note as ether 4.39% on Sunday. The largest alt edged closer to being oversold as RSI was at 34. It almost tested it first pivot support but stopped as it rebounded.

Unfortunately, like most cryptocurrencies, ETH saw a massive selloff and became oversold during the previous intraday session. This is evident in RSI reading as it dipped below 30. The coin is recovering as at the time of writing.

Unfortunately, there has been no improvement in indicators. As a result, we’ll turn to the previous price movement. As per the the Relative Strength Index, we may conclude that ether will see more uptrend and retest $2,500. However, a correction could ensure a retest of the $2,200 support.

On the weekly chart, Solana is on the downtrend. Losing the $100 support last two weeks, there has been no sustainable attempt at the mark. The decrease in price seems to continually decrease during this period.

Like most cryptocurrencies, the week started slow for SOL as it saw minimal trading volume. It peaked at $90 and retraced to a low $85. it closed the session failing to record any significant gains or losses during the first day. Tuesday was almost a repeat of the previous intraday session.

Solana came alive again as it flipped the $90 resistance for the first time in almost six days. Opening at $85, peaking at $93 and closing at $92, the coin gained more than 8%.

Retracement returned to the market the next day as SOL lost all of its accumulated gains. It retraced from $92 to $81, losing almost 9% in the process. The next three days were met by minimal trading activity. Nonetheless, the asset lost more than 11% during this period.

On the part of the indicators, there were no notable improvements as the bearish dominance tightened. The Relative Strength Index (RSI) was at 32, which indicated that further downtrends could result in the coin being oversold.

Becoming oversold yesterday. This may spell goodwill for the coin, as RSI rules suggest that solana will see more price increases. SOL will look to retest the $80 resistance within the six days. However, if the bearish dominance continues, a retest of the $55 support may take place.

Tron is one of the few cryptocurrencies that closed the past week gaining with notable increases. However, the first day of the seven-day period was bearish as it lost almost 3%. Nonetheless, the coin saw a lot of volatility as it dipped to a low of $0.064 and peaked at $0.073.

The price increase was more fierce as TRX started trading at $0.72 and peaked at $0.086. It ended the session at $0.086 which suggested that the altcoin gained more than 18% during the 24-hour period.

Increased selling congestion hit the market on Thursday and tron retraced from $0.086 to $0.071. It closed at $0.074 which indicates that the asset almost lost a notable portion of its accumulated gains.

The bulls struck on Friday with a more than 16% increase, clearing its losses. An almost equal trading volume was seen over the last two days of the week. However, Saturday saw TRX lose 3.58%. Sunday saw recovery as the bulls pushed the coin by 5.35%.

The Relative Strength Index (RSI) showed a lot of potential as it peaked at 73. The seven-day period ended at 64. However, while most cryptocurrencies were oversold on Monday, it drop as  low as 51.

While there are indications that most projects are soon to see various increases in value, we may expect Tron to also follow the trend and enjoy more uptrends within the next six days. However, the Moving Average Convergence Divergence may be a source concern as TRX may experience a bearish divergence.